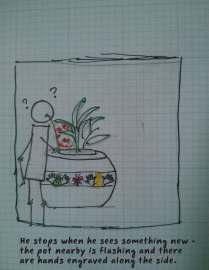 This week was spent discussing the outcomes of our observations, interviews, comparative analysis, and survey data collected over the past three weeks.

After reviewing the information, the team resulted in diverging views over what core goals could be accomplished in the space. Initial proposals of event-based and protest-based organization were met with a lack of support in the user research – perhaps due to the fact that the context of observation was during a time of relative social ease downtown. Nevertheless, some members of the team considered this to be a noble goal worth assisting.

Other data from the user research suggested a deep misunderstanding of the people spending time in the park. Despite public opinion that many of these individuals are homeless, it seems to be the case that they are in fact commuting daily to enjoy the atmosphere and social comradery that can be shared among people dealing with difficult situations in their lives. This desire and social activity highlights and interesting value of the public park. While the goals around this social activity are still vaguely expressed in the current set of user research, it does bear the question of how we could support these individuals and help them express the fact that they are not “vagrants” to be despised or dismissed?

Finally, while the comparative analysis and observations showed trends of use in public spaces, some members of the group felt as though interaction patterns for this particular context of use have been poorly documented to date. Therefore, it seems to be a beneficial goal to attempt many different styles of interaction to determine more effectively what the design constraints are in these uncharted waters.